Why Do Water Pipes Burst in the Winter 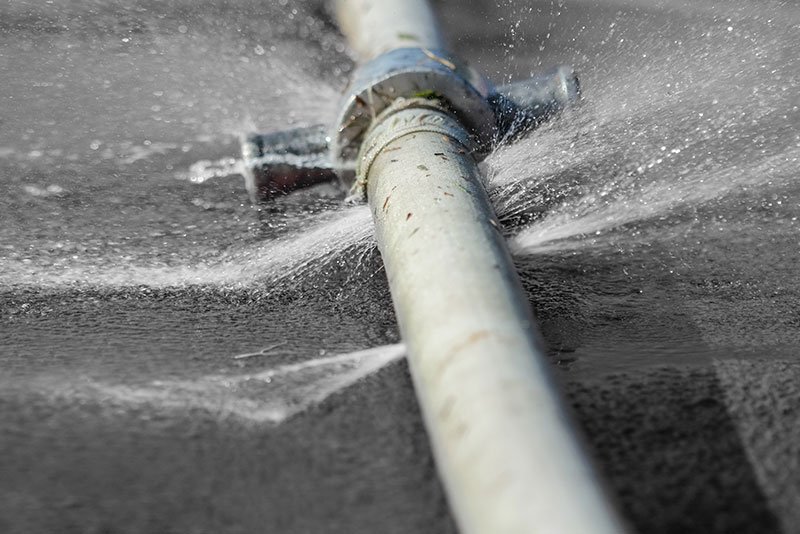 What Are the Main Causes of Burst Pipes in Winter?
There are 3 main reasons for burst pipes in extreme cold weather and freezing temperatures. Burst pipes happen either because of frozen pipes, unsecured pipes, or due to external factors. Now let’s go over all of these 3 reasons a little more.

Contrary to popular opinion, it isn’t the ice that causes frozen pipes to burst. It’s the air pressure buildup. The cold air pressure isn’t at its worst when the water freezes, but when it starts to thaw. That’s when the frozen pipes burst.

#2 Unsecured Pipes Burst Due to Movement

Besides frozen pipes bursting due to cold weather and extreme temperatures, unsecured indoor pipes can also burst in winter. If your pipes aren’t secured, the water pressure can cause the metal pipes to move around. You can even hear it when your water is running. It has a clanging sound.

These movements and the pressure can wear down the joints over time and cause them to burst. The water escaping the burst pipe can cause serious damage to your walls or floors and it’s an issue that needs immediate attention and handling.

While temperature drops and burst pipes from freezing and unsecured vulnerable pipes are the most common, pipes can burst due to other things. Things outside the pipes themselves and those that can’t always be predicted.

This is especially true for pipes located outside your home, your exterior walls, or other exposed pipes. You’d be amazed at what can cause pipes to burst other than extreme temperature. For example, if you have a tree near your exterior wall with pipes, its roots can damage the pipes and cause a rupture as they grow!

Shifting ground as in earthquakes is another exterior factor that can cause pipes to burst. If you live in an area that gets affected by earthquakes or have a large tree outside your home, you should get a professional to evaluate the risk and advise you on how to protect your pipes from bursting.

Which Pipes Are at Risk of Bursting?

Since frozen pipe bursts are the most common, the pipes found in extreme temperatures and cold weather are the ones most at risk. Pipes that are in severe cold areas like those found in the basement, at the attic, or at crawl spaces. Pipes without pipe insulation or with insufficient insulation are also at a higher risk of bursting.

Pipes can burst suddenly and quickly in cold areas when temperatures drop suddenly. But, usually, there are some warning signs you can catch early on and prevent pipes from freezing and bursting. It’s important to know how to tell your water pipes are freezing. So here are the signs your pipes are freezing.

#1 No Water Coming From the Faucet

The first one is the obvious one. If there’s no water coming from your faucet, that indicates troubles in your water supply. And if it’s cold, freezing pipes are a good guess.

Another clear sign of a frozen pipe is when your water runs at reduced pressure. This happens before the water completely stops running from the faucet and it’s a good time to spur into action and prevent pipes from freezing.

#3 Frost on Your Water Supply Lines

#4 Bad Smell From the Drain or Faucet

If your water supply lines are frozen, they are also blocked. That means that all your food particles or other waste won’t be able to go through and down your drain. Which will result in a bad smell coming from your drains or faucets.

What to Do if Your Pipes Freeze and Burst?

If pipes in the frozen area burst and start filling up your home with cold water, it’s important to stay collected and act promptly. Here’s what you should do when your water pipe bursts.

#1 Shut Off Your Water

When cold water starts flowing from your floors or walls, you should first shut off the water.

Go to the main water valve and shut it down. If you are reading this and figure out that you don’t know where your main valve is, don’t wait for a burst pipe to find out! Contact your building manager if you live in an apartment and don’t have control of the building’s water system.

#2 Shut Off Your Electricity, Too

You should also shut off the electricity to the part of your home that’s been affected to make sure no electrical wiring gets wet while on. Also, to make sure none of the appliances are working as the water may get to them.

This will need immediate attention, so make sure to call your plumber or a water removal company right away. You will also want to snap some photos of the affected area so you could submit a claim to your insurance company.

You’ll need to get the water out from the affected area as soon as possible. If there’s any furniture or other stuff that got wet, you can save them if they’ve been underwater for less than 24 hours. Also, you want to prevent mold and mildew from developing. So, bring a buckle and a mop and get on to work!

There’s a high chance your insurance will cover the damages caused by leaking water lines, especially if it couldn’t have been predicted. Once you’ve removed the water from the burst water lines and cleaned the area thoroughly with household chemicals, call your insurance agency and file a claim with them.

How Do You Stop Pipes Burst in Winter?

A closed faucet means cold water pipes. So, let the water drip from the faucet. You don’t have to leave it running, only a trickle here and there will make sure the pipes you have no additional frozen pipes any time soon.

Keeping your pipes well insulated will help them not burst.

Building insulation is a good investment, especially if you live in the northern areas where it gets cold. Pay special attention to pipes in your garage, attic, or basements are these are most prone to freezing. You can use heated reflector light or expanding foam.

#4 Prepare Your Home When Leaving

If you are leaving your home for a while, shut off the main valve. Keep your garage doors closed to make sure cold air doesn’t reach your home. Leave bathroom cabinet doors and kitchen cabinet doors open as you will want the warmer air to reach the metal or plastic pipes or to keep them from freezing.

Besides keeping your cabinet doors open to allow for warm air, you can also seal leaks that allow cold air and prevent warm air from leaving the premises. Inspect electrical wiring, dryer vents, and pipes. Even a small opening is enough to cause the pipes to freeze.

You can also install a device called heat tape or get yourself a space heater. Nothing beats direct warm air and this is a great option. You might want to consult an expert to see which portable space heater is best for you and your heating bill and how to properly use it.

If the Pipe Is Broken – But off the Water Supply

If the pipe has already burst, you’ll first need to cut the water supply. This will make everything a whole lot easier and safer. You will usually find the main shutoff valve where the water meter is or where the main line enters the house.

If the Pipe Isn’t Broken – Turn On the Faucet

Before you start wrapping pipes in heating pads or warming them up with an electric hair dryer, you will want the water molecules to be able to flow through. So, turn on the faucet. It will help melt ice in the pipe.

Apply Heat to the Pipe

Now, you will need to apply direct heat to the frozen pipe or area. Keep an electric heating pad wrapped around the pipe or use a hairdryer or a portable space heater. Don’t try to rush things through and use a blowtorch, kerosene or propane heater, or any other device with an open flame. It’s too dangerous and can even start a fire. Play it safe.

Keep heating until the pressure is restored. Check other faucets and pipes in your home. If you have one frozen pipe, it’s likely that others may have frozen as well. So, avoid more work later or even (more) damage to your property.

You Can Always Call the Pros

We told you why pipes burst in winter, how to avoid it happening, and how to treat the issue if it happens. Hopefully, you’ve found this article before the disaster and you’re able to use our tips to avoid it altogether! If not, you’ll be good with the tips. And don’t hesitate to contact a professional if you find yourself in over your head. 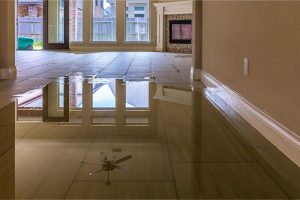 Signs of Water Damage in Walls

Water damage events are grim and can cost an arm and leg to deal with. That’s why it’s important for homeowners to look for signs 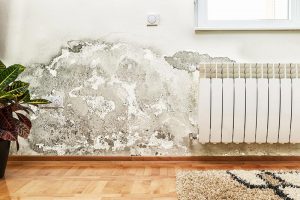 How to Prevent Mold After Water Damage

If you have a flooded basement or broken pipe to deal with, one of the top lists on your to-do list should be learning how

Call Us NowWe Are Available 24/7